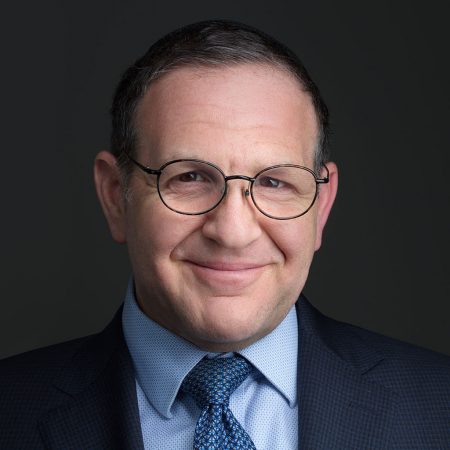 In 1996, Chaim, along with his partner, Avraham Moskowitz, founded the firm of Moskowitz & Book, LLP (“MB”). Chaim’s practice at MB concentrates in the area of employment law, where he represents both employees and employers. By representing both employees and employers, Chaim has a unique perspective which gives him insight and ability to solve problems for his clients.

Chaim has successfully negotiated such agreements on behalf of high-level executives, as well as employers. Chaim’s knowledge and vast experience allows him to get to the heart of the issue quickly and achieve success for his clients.

Chaim regularly counsels small and mid-sized business clients regarding compliance with federal, state and local labor and employment laws. Chaim meets with new clients and accomplishes a comprehensive review of all of the client’s employee and HR practices. He then makes specific recommendations to assist the client to navigate the difficult task of complying with the myriad employment laws that apply to the client. Chaim will also assist his clients in interacting with the state and federal Department of Labor, with the NY City Commission on Human Rights, the State Division of Human Rights, the New Jersey Civil Rights Division, and the Equal Employment Opportunity Commission.

Chaim has had success for the firm’s clients in litigation, arbitration and mediation regarding employment discrimination and harassment.

The types of cases Chaim has worked on include (i) gender, race, age, religious, disability, and national origin discrimination; (ii) sexual harassment; (iii) breaches of covenants not to compete and confidentiality clauses; and (iv) wages and hours disputes.

A great deal of the cases Chaim handles are litigated in the New York state court and in federal courts in the Southern and Eastern Districts of New York and the District of New Jersey. Chaim is admitted to practice in state and federal courts in New York. He is a member of the Association of the Bar of the City of New York and the National Employment Lawyer’s Association. Chaim has been named as a New York City Super Lawyer for fifteen consecutive years.

Chaim completed the mediation course given by the federal court in the Southern District of New York and is on the mediator panels in both the Southern and Eastern Districts of New York. Chaim has mediated employment discrimination cases, harassment cases, Wage and Hour cases, and breach of contract cases in the state and federal courts of New York. Chaim spends a great deal of time preparing for the mediations, reviewing all of the submissions, familiarizing himself with the facts and the relevant case law. Using his mediation skills, patience and reputation for fairness, Chaim has achieved success in the vast majority of the cases he has mediated and almost all of his cases resulted in settlement.

Chaim graduated from Yeshiva University in 1987 and from Columbia University School of Law in 1990, where he was a Harlan Fiske Stone Scholar.

Following graduation from law school, Chaim worked at Parker Chapin Flattau & Klimpl in the labor and employment department, and later at the law firm of Anderson Kill Olick & Oshinsky.

Chaim has served as an advisor to boards and officers of a number of not-for-profit entities, and has served as a board member as well. Chaim has represented more than fifty synagogues, churches, and religious elementary, middle and high schools in the area of employment law.