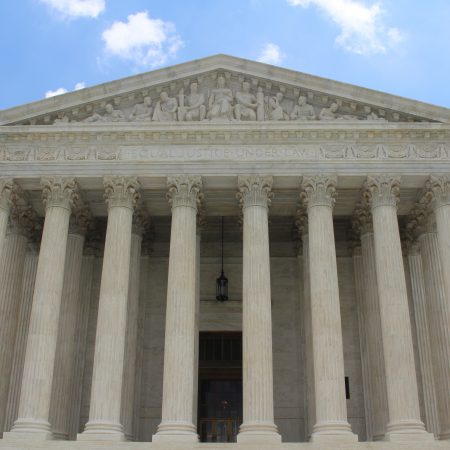 In a 7-2 decision, the U.S. Supreme Court held that anti-discrimination laws do not apply to the employment relationship between religious schools and teachers whose job responsibilities include religious instruction and training.

The decision consolidates two cases, Our Lady of Guadalupe School v. Morrissey-Berru and St. James School v. Biel, arising from discrimination lawsuits filed by teachers at Catholic elementary schools in California.  The teachers, Agnes Morrissey-Berru and Kristin Biel, each taught primarily secular subjects at Catholic schools, provided some religious instruction to their students and prayed with them.  The teachers were expected, by the terms of their employment agreements and faculty handbooks, to carry out the school’s mission of educating students in the Catholic faith and training them to live in accordance with the faith.  The teachers were evaluated based on their ability to fulfill these duties.  Neither teacher had extensive formal religious training or a religious title.

The Court held that the teachers’ discrimination claims were barred by the so-called “ministerial exception” to the employment laws.  That exception, which the Court adopted in 2012, holds that the religion clauses of the First Amendment require courts to “stay out of employment disputes” between a religious institution and employees who hold positions “essential to the institution’s central mission.”   Hosanna-Tabor Evangelical Lutheran Church and School v. EEOC, 56 U.S. 171 (2012).  The “central mission” of a religious school, according to the Court, is to educate students in the faith and guide them toward living in accordance with their faith.

In Hosanna-Tabor, the Court held that the “ministerial exception” barred the disability discrimination claims of a religious school teacher who had the title, formal training and duties of a minister at the school.  In barring the discrimination claims of Ms. Morrissey-Berru and Ms. Biel, who lacked the formal title or training of a minister, the Supreme Court expanded application of the “ministerial exception” to teachers based solely on their job duties.  The Court concluded:  “When a school with a religious mission entrusts a teacher with the responsibility of educating and forming students in the faith, judicial intervention into disputes between the school and the teacher threatens the school’s independence in a way that the First Amendment does not allow.”

If you have additional questions or concerns about this Supreme Court decision, please contact Chaim Book at cbook@mb-llp.com or Sheryl Galler at sgaller@mb-llp.com.